ANNELISE NIELSEN, HOST: Amanda Rishworth Labor MP and Julian Simmonds Liberal MP, thank you for your time. Now Julian you’ve got the talking points for today, what’s the big take away from this recycling plan?

JULIAN SIMMONDS, LIBERAL MEMBER FOR RYAN: Well we’ve got hundreds of government, industry and community representatives in Parliament House today for a conversation lead by the Prime Minister and the very first Assistant Minister for Waste Reduction Trevor Evans, who’s doing a tremendous job, talking about how we improve recycling in this country. It is a great practical way we can help our local environment, and there’s also jobs in it for Australia too. So for every ten thousand tonnes of waste that go to landfill about 2.8 jobs are created, for that same amount of rubbish that goes to recycling, nine jobs are created. So there’s an opportunity to both improve our environment, encourage people to continue to recycle more, and create jobs for Australians.

NIELSEN: Amanda Rishworth what do you think? Is this something the Federal Government should be doing, isn’t this a local council issue?

AMANDA RISHWORTH, SHADOW MINISTER FOR EARLY CHILDHOOD EDUCATION AND DEVELOPMENT: I think there does need to be national leadership. The issue is with Scott Morrison, like so many other things, there’s no plan behind it. This is a reheated announcement, he made the first announcement that this was his big crusade back in September, and we know he cancelled COAG in December because he didn’t have his plan ready. And now we see another announcement, I haven’t seen the detail, but there’s a lot of talk and no action when it comes to this. We do need a national framework, we do need national leadership, but I’m afraid Scott Morrison is really just talking and not actually sitting down and doing the work, having a plan, having a framework and taking national leadership.

NIELSEN: What do you make of that point? We’ve had this ban on China taking rubbish for at least over a year now, and no action in the meantime.

SIMMONDS: Well when it comes to setting targets without plans, the Labor Party takes the cake don’t they. When it comes to the environment what they want to do is adopt targets 30 years in the future with no idea on how to get there.

SIMMONDS: Well it is about improving our local environment, so they like to pick targets 30 years in advance with no idea how to get there, knowing they’ll never be able to account for it. We are about here and now, both meeting our 2030 targets and right now helping Australians recycle more, do practical things for our local environment. And that’s why we’ve got Trevor Evans as Australia’s first Assistant Minister for Waste Reduction on the job, working every day to improve this.

SIMMONDS: We are focused at the moment on our 2030 target to meet and beat it, as we did with our 2020 target. But we’re also doing the work as we said we would when we signed up the Paris Agreement of what is our long term 2050 target as well. But what we’re not going to do is what Labor did which is set a target without any plan, without being able to look Australians in the eye and say this is how we’re going to get there, this is what it’s going to cost.

RISHWORTH: I mean this is quite ridiculous, every State and Territory has signed up to net-zero by 2050, many countries around the world. In fact if we’re going to stick to a reduction in warming we’re going to have to do this. The Liberal Party is not on target to actually meet their commitments.

SIMMONDS: But what you don’t tell people Amanda –

RISHWORTH: Quite frankly you are the outlier here Julian, your party, your Government is the outlier around the world. You can spin it all you want.

SIMMONDS: Hang on, time out Amanda, time out.

RISHWORTH: You can spin it all you want but ultimately Boris Johnson’s Government –

SIMMONDS: The point I would make is we are going to meet and beat the target, and what you don’t tell people when you put out these claims about the rest of the world is New Zealand for example when they set these targets they exempted their entire agricultural industry, over 30 per cent of their emissions are exempted. The UK for example when they set these targets rely on nuclear energy, something that you are not supportive of as a Labor Party. So at least be honest with the Australian people when you make these kinds of comparisons.

NIELSEN: Next topic, coronavirus we’ve seen it take a huge hit on so many ways, so many sectors – travel, higher education. Looks like there’s going to need to be some sort of economic stimulus, not even just to get the surplus in line but to get the economy going. What form do you think that economic stimulus should take?

SIMMONDS: Well this is not a set and forget policy, so this is one the important reasons why we brought the budget back into balance, why we injected stimulus in the form of tax cuts which now see over 10 million Australians having more in their pocket.

SIMMONDS: In fairness imagine dealing with the issues we’ve had to deal with in terms of drought recovery, bushfire recovery, now coronavirus, with $387 billion in extra taxes which was Labor’s plan at the last election. Instead of that we are dealing with these issues with a balanced budget and with more money in people’s pockets thanks to tax cuts. But we’re going to continue as we deal with these issues. And I’d also point out that all our response to all of those issues has involved pumping billions of dollars into our economy, into local councils, into drought affected and bushfire affected regions both to individuals and to businesses. So that’s going to have an effect as well, but we’re going to keep monitoring it that’s for sure.

RISHWORTH: Well unfortunately that money is not flowing and we’re hearing complaints from farmers and other businesses when it comes to the bushfires. But what we do know is the economy was weak before the summer of difficulties. The economy had been lagging, growth had been slowing, wages were stagnating and underemployment up. So we know the economy was not doing well before the summer of disaster and the Government has been making excuses for that. The RBA has been doing its share of heavy lifting, but there isn’t much more it can do and it’s time the Government actually establishes a plan. Let’s have a plan not just to deal with the short term issues, but the more structural issues in our economy when it comes to productivity, when it comes to wage stagnation and when it comes to economic growth. We need to see a plan from this Government and there is no plan.

SIMMONDS: If Labor truly thought the economy wasn’t going well, what is there excuse for promising $387 billion worth of taxes? What’s their excuse for opposing the tax cut for 10 million Australians? These were important efforts and all I’d say to Australians is imagine dealing with the issues we’re dealing with now if Labor had won and instituted its policies.

NIELSEN: There has been a small change in rhetoric around saying “Back in Balance” rather than “Back in Black” when we’ve been promised a surplus this year and that’s not going to happen. This is something that was promised to the Australian people – sorry we’re going to have to go back to the Prime Minister. 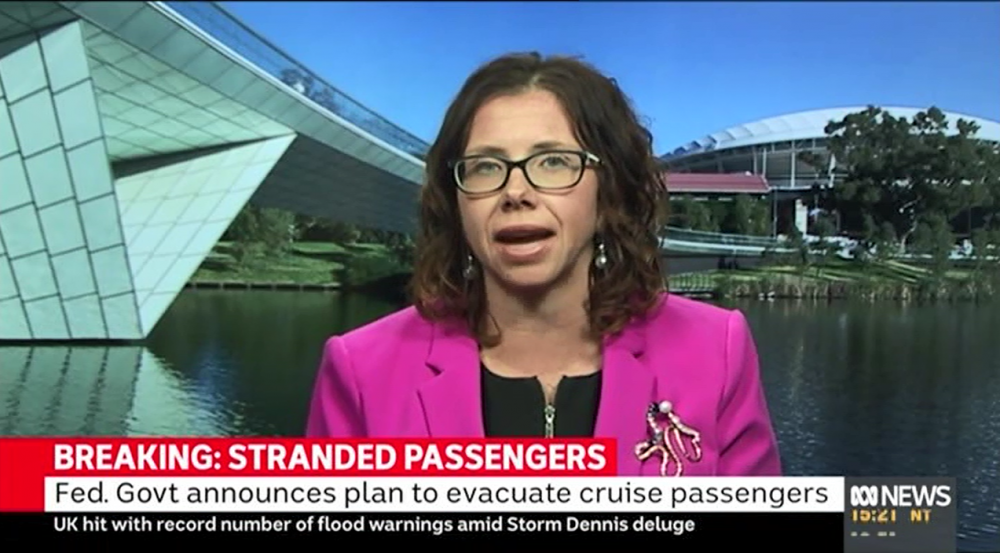