PETER STEFANOVIC, HOST: Joining me live now is Amanda Rishworth, the Shadow Minister for Early Childhood Education. Amanda, good to see you, thanks for your time this morning. So just weighing into this argument about unfair distributions of vaccine, do you believe that that is the case when it comes to on a State by State basis?

AMANDA RISHWORTH, SHADOW MINISTER FOR EARLY CHILDHOOD EDUCATION AND DEVELOPMENT: Well, there’s clearly some questions for the Prime Minister to answer. The figures coming out that the GP network in New South Wales got a significant number more of the Pfizer vaccines is evidence coming out. So look, I think the Prime Minister, after assuring Australians that there would be a fair distribution, and that people would be able to access a fast vaccine. I mean, that’s what he’s promised people. I’m still hearing occasions where people can’t get in for their first dose here, they can’t get an appointment until November or December. I think there’s questions for the Prime Minister to answer. Why has there seemingly been some sort of secret diversion when he’s been assuring the rest of Australia that it’s fair and equal. Now everyone wants to help –

STEFANOVIC: Has there been a secret diversion? I mean, because I’m just looking at New South Wales, and it is still in the grips of its biggest outbreak of the country yet. So it makes sense for New South Wales to have most of the allocation, just as what happened to Victoria in recent months, too. So is that secret?

RISHWORTH: Well, I think when the Prime Minister has been saying to everyone that it has been fair for States and Territories, and to hear different information come out, I do think there’s a problem there. I mean, of course, everyone does want to help New South Wales and Sydney. And there’s been State and Territory governments that have agreed to extra doses provided to Sydney. But I do think there has been a lack of transparency around this. We need to get the whole country vaccinated. There’s no doubt we need to get people in Sydney vaccinated. But this is a race, despite what the Prime Minister said. And I think it is disingenuous not to be honest about that distribution. He’s made many comments in the past saying that it was going equally out there. The evidence suggests it hasn’t.

STEFANOVIC: Plenty of AstraZeneca about.

RISHWORTH: I would encourage people to go and speak to their doctor about getting the vaccine that’s right for them. But, you know, ultimately, the government has not provided a clear public information campaign. There’s been a few ads on TV, but there hasn’t been the significant flood of accurate information about the vaccine program that I’ve seen. And I would urge them to do that to address any hesitancy that is out there.

STEFANOVIC: On the subject of home quarantine, how is South Australia handling it?

RISHWORTH: Well, in South Australia, they are introducing a trial in which people can quarantine in their home. It’s my understanding they have to have been vaccinated, returning from overseas, and that they’re trailing an electronic sort of monitoring with the phone. So I’m not sure of all the technology, but there’s a way that people are being monitored to make sure they stay in their home, as well as the random checks. So look, I’m very interested in this trial, anything we can do to get people back home. We’ve now been in a situation where there are many people still overseas unable to get home. So I’m very interested to see the outcome of this trial, and to see if it is a way that we can get more Australians back home.

STEFANOVIC: Have you seen enough in terms of results that would give you confidence for it to roll out nationally?

STEFANOVIC: But it makes sense. I mean, if someone comes from a country in the travel bubble, has tested negative, is double vaxxed, and comes home and quarantines at home. Do you believe that that can be done and in a short space of time, let’s say less than a week, is that all that would be needed?

RISHWORTH: Well, look, I’m not a medical expert. So I know that there is different medical groups looking at this. I think the trial in South Australia is a really important one. In South Australia, we have no COVID at the moment, no community transmission, and the community want to keep it that way. So I think the Australian public need to be reassured that it is safe, but I think we need to look at all ways we can get Australians home. And this wouldn’t be the case if the government hadn’t bungled up hotel quarantine, but we are where we are. We’ve got restricted numbers on people being able to come back, quite heavily restricted numbers. So we need to work through these issues very carefully, at the same time making sure that the freedoms that South Australians have been enjoying are not put at risk.

STEFANOVIC: And on the subject of vaccine passports, is that something that you think needs to take place? And not just perhaps for businesses, but perhaps right across the board, like the Prime Minister was talking about yesterday. So to go and see sporting events, etc, coming into the summer period? Is that something that we’re all going to need to have?

RISHWORTH: I think that it’s evident that businesses have started to make that move, and probably as a result of demand of Australians wanting to feel safe, wanting to know that they’re mingling with people that have been vaccinated, that they’re being served by people that have been vaccinated. I think there’s some things so the government has to get right. I think, firstly, we know that these certificates can be forged potentially, the Medicare sort of certificate can be forged quite quickly. So what are the protections put in place for that? Can they get the technology right? We’ve seen the fact that the Prime Minister is suggesting that these be integrated into State based apps. Well, if he’d got the COVID safe app right in the first place, we might be able to look at a national system. At the moment, we’re not even looking at a national system. But of course, we have to ensure that everyone has had the opportunity to get a vaccine, and that is just not the case at the moment. And so I think what the Prime Minister really needs to do is, rather than just have a press conference around this, is work through the detail and give confidence to the Australian people that it will work. And finally, those people, and it’s a small proportion, but there is a very small proportion, for medical reasons cannot get either of the COVID vaccines, a process for how those individuals are dealt with as well.

STEFANOVIC: So just to back up, you don’t believe that there can be a national app because the COVID safe was a dud?

RISHWORTH: What we had was the government saying how good the COVID safe app was, it then has been quietly shelved, but nothing’s been put in into replace that. I mean how –

STEFANOVIC: Sorry, so we’re going to need State issued vaccine passports to kind of marry up with different States, rather than it be a kind of national system?

RISHWORTH: Well, that’s what the Prime Minister is talking about at the moment. And that seems to me – I mean, I know when I go to other States and Territories, I’ve got to download a different app at different times. How is that going to work? I think there’s a lot of questions about how that’s going to be smoothly implemented. The COVID safe app didn’t work, and we haven’t seen any effort put into actually making it work.

STEFANOVIC: Alright, Amanda Rishworth, thanks for your time. Talk to you soon 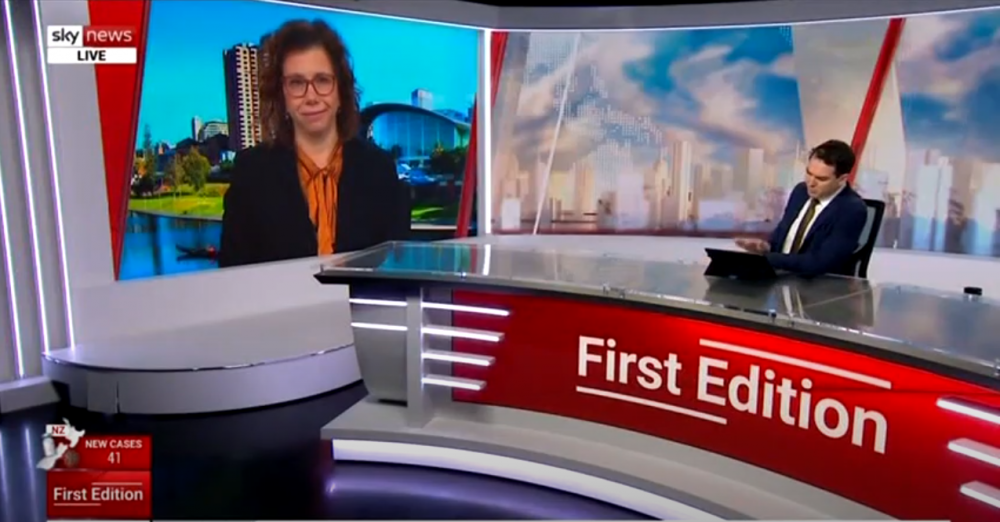