PETER STEFANOVIC, HOST: Well, let’s return to Canberra now. Joining us is Amanda Rishworth, the Shadow Minister for Early Childhood Education. Amanda, thanks for your time this morning. Can I just ask what Labor’s position is this morning or Labor’s response is to the free trade deal that’s been struck overnight?

AMANDA RISHWORTH, SHADOW MINISTER FOR EARLY CHILDHOOD EDUCATION AND DEVELOPMENT: We, in principle, agree with this free trade deal with the UK. We’ll have to go through and have a look at the details when it comes to this agreement, and of course make sure that it’s in our national interest, it’s in the interest of Australian workers, Australian businesses and the community. But in principle, we support these sorts of agreements being struck. But you know the devil is always in the detail and we’ll have to look at that very carefully.

STEFANOVIC: But on the face of it there’s increases for beef, it seems to be good news for agriculture, and in terms of getting Brits out here and Australians over there as soon as international borders open up, it seems to be pretty good and welcome news.

RISHWORTH: It certainly seems to on the face of it have some important steps to strengthening our ties with Britain. And so I think that’s a good thing. We’d like to see the government do a lot more of these agreements across the country, diversify our base when it comes to trade. But certainly we welcome it, but as I said we have to consult with farmers, with businesses, with the community to make sure it delivers in our national interest.

STEFANOVIC: And do you think it will help plug part of that gap which has been left in our stoush with China?

RISHWORTH: Well look, I’m not sure of the economic benefits. But there’s no doubt that Australia needs to diversify the countries it trades with. There is no doubt we need a government that is actively pursuing as many agreements with as many countries as possible, to ensure that our goods and services have access to international markets. And we’ve been quite critical of the government not being fast enough when it comes to striking agreement with India, in particular – a very big country in our region, a democracy. So I think there is no doubt that we need to strike as many important deals as possible, as long as of course they’re in our national interest.

RISHWORTH: Not at all. We know that the migration system is very complex. As you said, Labor and the Liberal Party have the same policy when it comes to protecting our borders. But as part of our immigration system, there is this thing called ministerial discretion. And ministerial discretion is a very important part, which Peter Dutton as Home Affairs Minister used 1000s of times. So this is available because we are dealing with complex situations. In this case, we have two little children who were born here. So I think, firstly, that’s an important point to make. Secondly, I mean having this family locked up on Christmas Island while their legal issues are resolved, is quite frankly not good for the family, but it’s a waste of taxpayers money. There is no reason the family can’t be in Biloela while their court issues are being resolved, and actually participating as part of the community. The government really has not made a case about why that can’t happen. So I think those two things are quite important and do not at all detract from the position of Labor when it comes to border protection.

STEFANOVIC: When it comes to discretion though, where do you draw the line?

RISHWORTH: As I said, the Minister has made in many difficult circumstances, and certainly with our borders being shut, I have no doubt that many of those decisions have been around that. But that is the point of ministerial discretion, and at no point has either the Liberal Party or the Labor Party suggested we get rid of that ministerial discretion, because it needs to be used. We have a family here that came before offshore processing was introduced, two little girls, one who is very sick, who were born here. I think when it comes to our different migration pathways, the government has within its means to allow this family to at least be looked at to be relocated back to Biloela, and then to look at the option of ministerial discretion.

STEFANOVIC: Okay, Amanda Rishworth, thanks for your time. Talk to you soon. 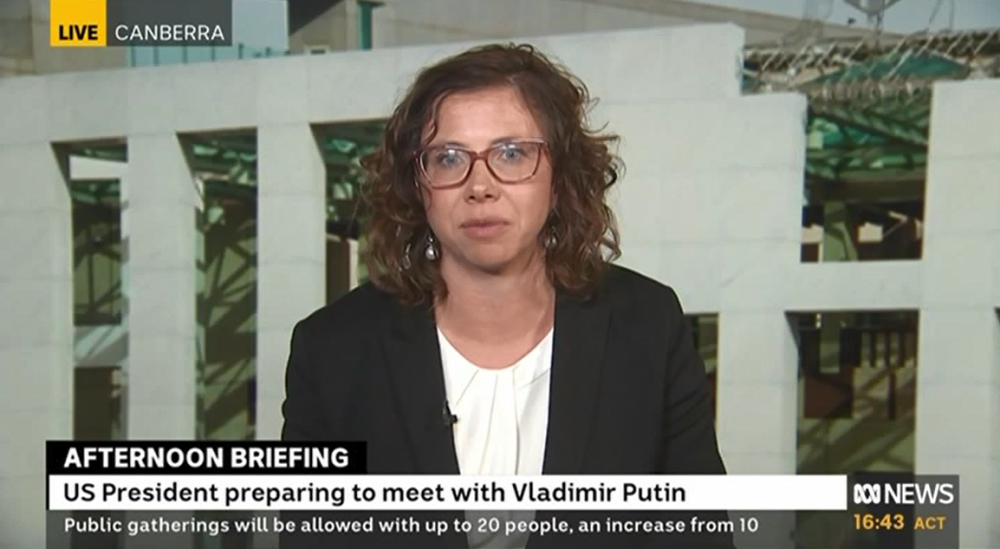