TOM CONNELL, HOST: Parliament’s back and that means so are our elected representatives here in Canberra. Joining me now Amanda Rishworth from the Labor Party, Julian Simmonds from the Liberal Party, thanks for your time.

CONNELL: Welcome back to the political year, of course it has started a bit early. Who would’ve thought eight months after the election and we’re talking about a leadership spill, not for Scott Morrison but for the Nats. What will voters think about all this?

JULIAN SIMMONDS, LIBERAL MEMBER FOR RYAN: Well we’re talking about a resignation, Bridget McKenzie has resigned and it naturally follows that there’s a vacancy. So the National party room has got a lot of talent in it, they’ll pick the best person for the Deputy’s job I’m sure.

CONNELL: You’ve got Barnaby Joyce putting his hand up for Michael McCormack’s job, so it’s not just a case of Bridget McKenzie.

SIMMONDS: Well there’s only one vacancy at the moment and that’s for the Deputy. I think Michael McCormack is doing a cracker job.

CONNELL: So it’d be a bad result if he were toppled?

SIMMONDS: It’s entirely a decision for the National party room, I sit in the Liberal party room and so it’s their call. But they’ll pick the best person for the Deputy’s job.

CONNELL: But for the job itself, you wouldn’t be too concerned if the Leader went?

CONNELL: Nothing he could’ve over the past couple of weeks as this storm has erupted?

SIMMONDS: Look I think we’ve had some tough issues around the bushfires and the coronavirus, but the Government is doing everything it possibly can to support Australians, and that’s the leadership team of both Scott Morrison, Josh and Michael McCormack.

CONNELL: The report of course from Phil Gaetjens has meant Bridget McKenzie has resigned as a result, what have you made of this report?

RISHORTH: Well I think the report is in direct contrast to the Auditor General’s report. I mean we haven’t seen the full report that the Secretary of Prime Minister and Cabinet has done, but from some of the conclusions that Scott Morrison read it out it seems it is in direct contradiction to what the Auditor General has said. The Auditor General was very, very clear that this was a terribly administered program, one that had a biased distribution, one that ignored proper process. It was a damming report. So the Prime Minister’s refusing to release the report done by his own Department, which makes me very concerned about transparency. But this was a terrible scenario by this Government, I have to say I’ve got clubs in my electorate that have been very upset, as I’m sure many around the country have been very disappointed by this Government.

CONNELL: This report that the PM has spoken about but not released, he said it found no fault with the way the grants were administered. Is Phil Gaetjens politicised now?

RISHWORTH: I think there will be a perception that he is politicised, when the Auditor General has clearly said there was a parallel process going on. So you had a process as Sport Australia, and the Minister was running a parallel process. The criteria that was set for clubs to follow was laid out, and that was not adhered to. So there are some really big concerns, and for a report to come out that completely contradicts that I think a lot of people will be scratching their heads.

SIMMONDS: Now you’ve got Labor trying to besmirch the name of good, hard working public servants. This is how desperate they are to try and use this to relitigate the decision the Australian people used in May.

CONNELL: But shouldn’t we find out what this report actually said? We’ve got 76 pages from the Auditor’s office which was scathing. It found distribution bias – that’s a direct quote. This morning Michael McCormack is saying there was no bias, but we don’t see the report that’s based on.

CONNELL: The charge here was from the Audit office, independent, entirely independent, that there was distribution bias, targets of marginal seats – and they can be Labor seats, just because they’re Labor seats doesn’t mean it’s not a targeted process. That there was a colour coding from a spreadsheet, we know this happened, this was evidence, that it was done systematically and done intentionally.

SIMMONDS: This is where it’s different Tom, because no one is claiming that any club who got a grant here didn’t spend a lot of time on their application, wasn’t completely eligible for the grant –

RISHWORTH: Well actually that’s not true, there are a lot of projects that haven’t been eligible for the grant and the Auditor General did show that there was some that weren’t eligible.

SIMMONDS: Under Labor they actually gave sports grants to clubs that weren’t eligible.

RISHWORTH: The Auditor General did say 50 per cent, around half were not actually even eligible.

CONNELL: I don’t believe that’s accurate – they were not meritorious is the word that was used in the Auditor General’s report.

RISHWORTH: There were some that were not actually eligible. Some examples were given that showed, for example, that you weren’t actually meant to upgrade your function centre. So there are examples in the Auditor General’s report –

CONNELL: That I believe is a meritorious aspect.

RISHWORTH: There are some serious issues here. I’ve got one club in my electorate that wanted female change rooms, they have more premierships than actual female toilets. They couldn’t get a grant, but in Christopher Pyne’s old electorate, the seat of Sturt, you’ve got a rugby club that got changing rooms for women and they don’t have any female teams. I mean, come on.

SIMMONDS: Amanda, Labor seats got more grants because of Bridget McKenzie’s intervention. You have to go back to Labor to find a Sports Minister who gave grants to clubs that weren’t eligible at all.

RISHWORTH: If you want to defend this – this does not pass any test that the Australian public would set for a Government.

CONNELL: If this is all above board, surely we need to see the report from PM&C?

SIMMONDS: I think the PM’s been very open about what the report said.

CONNELL: Well hang on, he hasn’t, he gave about two lines from it.

SIMMONDS: He’s answered plenty of questions on it, he stood there at the media conference and did a very detailed press conference.

SIMMONDS: Well this is a Cabinet document for a start, but the PM was very open about what the findings of that particular report was, and as a result Bridget McKenzie has made the decision to stand down.

CONNELL: Is a report by PM&C necessarily a Cabinet document? This is just a report that was done by Phil Gaetjens, he can release it if he wants Scott Morrison.

SIMMONDS: It is a fact that it’s a Cabinet document, and we aren’t about to set that precedent of releasing Cabinet documents. But I’ll say this, the Australian people elected us in May to be a government that is very considered when it comes to these kinds of decisions. The PM has acted incredibly appropriately in referring it to the Department, taking his time to consider these matters, and it’s only after the Department has issued the report that Bridget McKenzie has made the decision to resign, quite rightly.

CONNELL: Again, releasing the report, what’s wrong with doing that?

SIMMONDS: Well I think it’s a Cabinet document and we just don’t set the precedent of releasing Cabinet documents, but the PM has been very open about what the report found and to answer questions on it.

CONNELL: This was a report done to decide whether a Minister kept her job or not and how widespread the issue was, and we’re never going to find out the detail of it?

SIMMONDS: That’s not true at all, it was a report that was asked to look at was there a failure to declare the memberships of these clubs.

SIMMONDS: And the PM’s been clear about what the report has found in respect to those things. Bridget McKenzie didn’t meet the ministerial standards in declaring it, she’s paid a heavy price for that in terms of resigning, and also the fact that the report considered whether there was bias and it didn’t find any.

CONNELL: You said no bias, that’s according to Phil Gaetjens, according to the Audit Office there was bias. Why do we just believe the PM&C report that hasn’t been released?

SIMMONDS: Because I think we look at the facts of what’s before us, and that is all of these clubs that received grants spent a lot of time on their applications, they were all eligible under the guidelines, publicly available guidelines, and those guidelines included Ministerial discretion. I don’t think Australians are expecting the people they elect to make decisions to not make decisions.

SIMMONDS: I think what’s happened is we’ve got a report that says Bridget McKenzie should have done more to meet the ministerial standards, and as a result she’s resigned from Cabinet.

CONNELL: But it also says there was no bias, and we’ll never see it.

SIMMONDS: Well I think that draws a line under it and I think Australians want transparency –

RISHWORTH: Yeah, they do.

SIMMONDS: – and that’s why the PM’S announcement is important.

CONNELL: So transparency is not releasing a report?

SIMMONDS: No, they want transparency in the fact that when a Minister diverges from the recommendations of a statutory authority, that now that divergence and the reasons for that will be made in writing and available.

CONNELL: Alright we might just touch on Newspoll, I know perhaps it’s not the alter at which we all worship after the election if I can put it that way. Interesting to note a little bit of a downtick for Anthony Albanese compared to the last one on his approval rating, is this just having to get down and dirty?

CONNELL: Is there work ahead for Scott Morrison, without having to drill right into the details, that he might have lost the benefit of the doubt with voters?

SIMMONDS: Tom I think you and your colleagues do a tremendous job of analysing the polls, I’m not about to step on your toes and do that for you. I think there’s always work for the PM to do isn’t there, in terms of the issues that face every day Australian.

CONNELL: It hasn’t been a good summer for him though has it?

SIMMONDS: Well these are very tough issues that would test anyone’s leadership, but I think the PM has done a sterling job, I think the Government has been on top of these issues and making sure every bit of support we can provide to Australians has been provided.

CONNELL: Is that what most voters think, that he’s done a sterling job this summer?

SIMMONDS: That’s certainly the feedback I get from my electorate. I think they see a Prime Minister and a leadership who have made every resource available, the first national call up of reserves, $50 million in payments to support those affected by the bushfires, and that’s what they expect.

CONNELL: You must have some very loyal voters, I’m not sure it’s universal but I’ll take your word for it. Julian Simmonds, Amanda Rishworth, thank you. 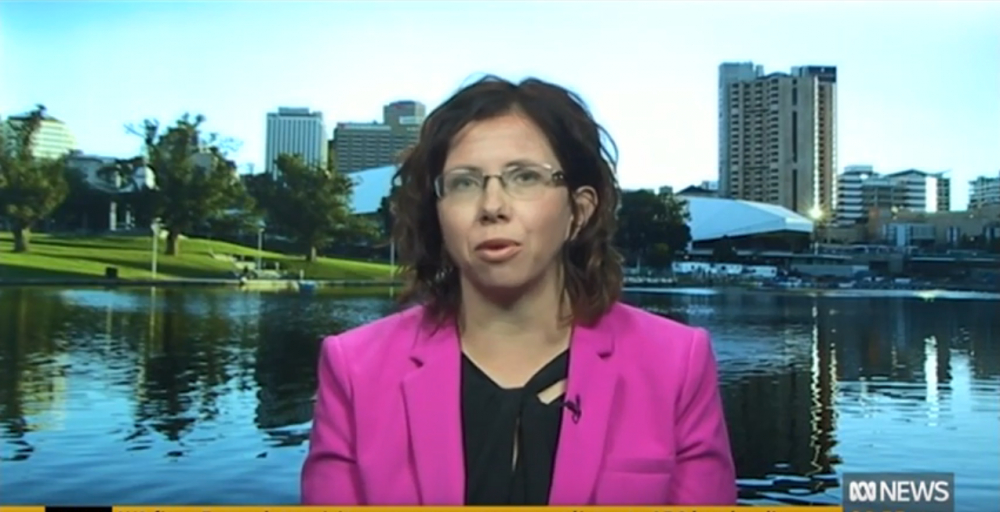