AMANDA RISHWORTH, SHADOW MINISTER FOR EARLY CHILDHOOD EDUCATION AND DEVELOPMENT:  Labor welcomes the announcement of extra support for childcare centres in Melbourne, but I do have questions about why the Government was not prepared for this eventuality. Only a month ago we had the Minister saying “job done”, as he ripped away JobKeeper from early educators and snapped back to the old childcare system. Now we’ve seen the concerns I had and the warnings I gave to the Government about the pandemic not being over come to fruition.

I will work through with the sector about what this latest relief package means, but on the face of it, it is quite confusing and convoluted. You have services that are going to have to work out how much of the CCS payment they will get, along with how much gap fees parents will be able to pay, along with what threshold and percentage the Government might provide them. This seems very confusing, and quite frankly you will need a PHD to work out how much money your centre will get.

In addition there has been some confusing remarks made about gap fees for parents. The Prime Minister said parents wouldn’t be charged gap fees, but the Minister says that he cannot enforce that. So there will be many families wondering if they will be charged fees, despite having had to withdraw their children from childcare in Melbourne, because the Minister and the Prime Minister are sending two different messages.

Now we know with the previous rushed package that many services, families and educators fell through the cracks. It beggars belief why the Government was not prepared for an eventuality such as this, where restrictions became greater. Why were they not prepared for this? I will be working with the sector, with families, with educators to identify any cracks in this, any services that are finding it difficult to work out what they need to do, how they qualify, how much money they’ll get. Because you shouldn’t need a PHD to work out the support you receive.

We know that centres are working with families in this uncertain time, they’re supporting their educators, they’re cleaning more thoroughly, they’re trying to implement COVID Safe plans. More confusing messages from the Government is not what they need.

JOURNALIST: Do you think the early childhood sector has been unfairly hit during the pandemic?

RISHWORTH: There’s no doubt that no other sector had JobKeeper ripped away from them before September. It was only early educators and the childcare sector that actually had JobKeeper ripped away. When I speak to educators and centres they see it as a slap in the face. They have worked through this crisis, kept their doors open, in many instances where they couldn’t socially distance. They turned up for families and it was a slap in the face to rip JobKeeper away.

But what was concerning is the Government in the middle of a pandemic just brushed their hands and said job done, our job is done in early education and care, they don’t need a relief package anymore. I said that was premature at the time and now we are seeing in Melbourne that proven right. The Government should have listened and had a contingency in place.

JOURNALIST: Do you think the new Government plan could’ve been much more comprehensive given they’re only guaranteeing between 80 and 85 per cent of the childcare centre profits?

RISHWORTH: Well it’s unclear from my reading of the new package how they will guarantee 80 to 85 per cent, it is still unclear and there will be many centres trying to work out if that is actually the case for them. But quite frankly I think the Government could have done a couple of things. They could have made it more simple, considering these restrictions start tomorrow. Centres have less than 24 hours to work out what this package means for them, and what this means for their viability going forward. So I think the Government could’ve made it more simple and comprehensive, and made sure that families and centres didn’t fall through the cracks. We are yet to see if that is going to occur and I will be working with services and the sector to identify any examples, whether they be educators, families or services, that fall through the cracks of this package.

JOURNALIST: Minister Tehan said he can’t guarantee centres can not charge gap fees. What will that mean for families in Melbourne if they’re slugged with these fees during the pandemic? 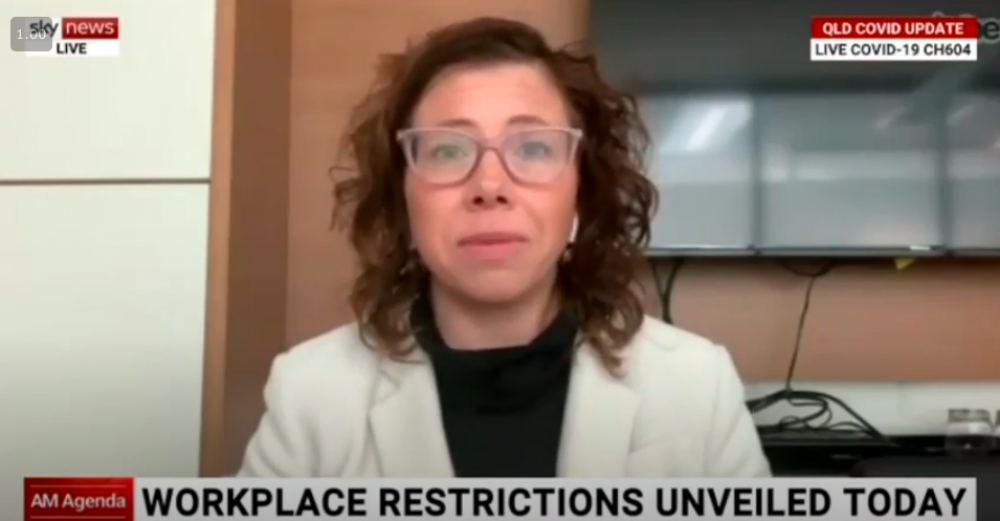