AMANDA RISHWORTH, SHADOW MINISTER FOR EARLY CHILDHOOD EDUCATION AND DEVELOPMENT: I am hearing from parents and centres right around the country that there is a lot of confusion about whether their centre is staying open, what the requirements are for being a close contact. Part of the reason we have this problem is that despite the long day care sector calling for some clarity from the Government last year during the delta wave about what would be a close contact, what are their obligations, we’ve had radio silence from the Federal Government and this has left centres with having to make their own rules up, trying to fit state-wide rules into their own circumstances and try to muddle their way through. This has led to many centres feeling they have to close and leaving many parents confused and worried about how they are actually going to get care for their children.

JOURNALIST: Would you like to see the Federal Government take the lead on providing access to rapid antigen tests to Centres?

RISHWORTH:  I think the first step absolutely would be getting processes in place including rapid antigen testing, clear definition about what a close contact is in a Child Care Centre and making sure that’s back up by medical evidence and consistent across the whole country. We’ve seen a Prime Minister missing in action when it comes to leading a national response to COVID-19 and we know that this has been coming. We’ve had two years to prepare and instead even as of October last year when we asked the Department what steps they were taking when it comes to ventilation and other important measures the Department said, on a federal level, they were taking no action whatsoever. This just isn’t good enough. The Federal Government is responsible for the payment of early education, it’s responsible for the Quality Framework and it needs to take the lead and give good, clear direction across the country to both centres and families so that they know what their obligations are, that they get the support they need to make sure that they can run in a safe way to support many essential workers going off to work.

JOURNALIST: Just on that point, what is the impact on families and on the productivity and the economy of not having a child care sector that is functioning properly?

RISHWORTH: Look not having a child care sector that can get educators on board, that don’t have staff shortages has a massive impact to our economy. Many parents, particularly as we move out of summer holidays, rely on early education and care to ensure that they can go off to work, many in essential roles to ensure our economy keeps going. Without the ability to access that care for a whole range of reasons, and now of course we need to do it safely, but there could be a plan from the Federal Government about how to do that with the best medical information, with the best scientific information and with the best support from the Federal Government rather than then sitting on their hands. Because this has a huge impact on our economy, it has a huge impact on families not knowing how they are going to manage, potentially taking annual leave or leave without pay that has economic consequences not just for the economy but families themselves. So we need the Government to come up with a plan. A nationwide plan, good support for centres to make sure they can open in the safest possible way to make sure that educators are safe, that children are safe but importantly that parents can get the care when they need it.

JOURNALIST: One of the things that came up earlier today with the Federal Government being, I guess, being very ridged with the model of funding for day care children that are absent, do you think that those gap payments …[inaudible] …families being forced to take a large number of or more days then they would otherwise have?

RISHWORTH: Look the Federal Government needs to seriously look at how it supports families that are forced through no fault of their own not to access care. This has happened numerous times during the pandemic and the Government has been dragged kicking and screaming to come up with a solution and it keeps changing. Every time the Government has changed them, the uncertainty has been very difficult for centres and very difficult for families What I’m urging the Government to do is sit down with the sector and listen to families and work out a way forward. This should’ve been done two years ago, it could’ve been done a year ago, in fact it could’ve been done while we were experiencing the delta wave to get some process and systems in place, they haven’t done that. They’ve taken no leadership, the Prime Minister now has taken no leadership, well families want some leadership here so it’s high time they sit down and work out a solution for families and centres that are sustainable, that support people in the best possible way.

I think the only other thing I would say is that the Federal Government is responsible in so many ways for early education and care settings, particularly long day care and after school hours care and so shirking their responsibility to State Governments is not good enough. They are responsible for aged care, they’re responsible for child care and they need to take a much more active role in supporting centres and families through this latest wave of the pandemic. But also put in some long term plans whether that’s ventilation, whether that’s rapid antigen testing regimes, they need a long term plan because it’s evident that their short term band aid solutions that they’re dragged to kicking and screaming do not work. There needs to be a long term plan and that responsibility sit’s with the Federal Government. 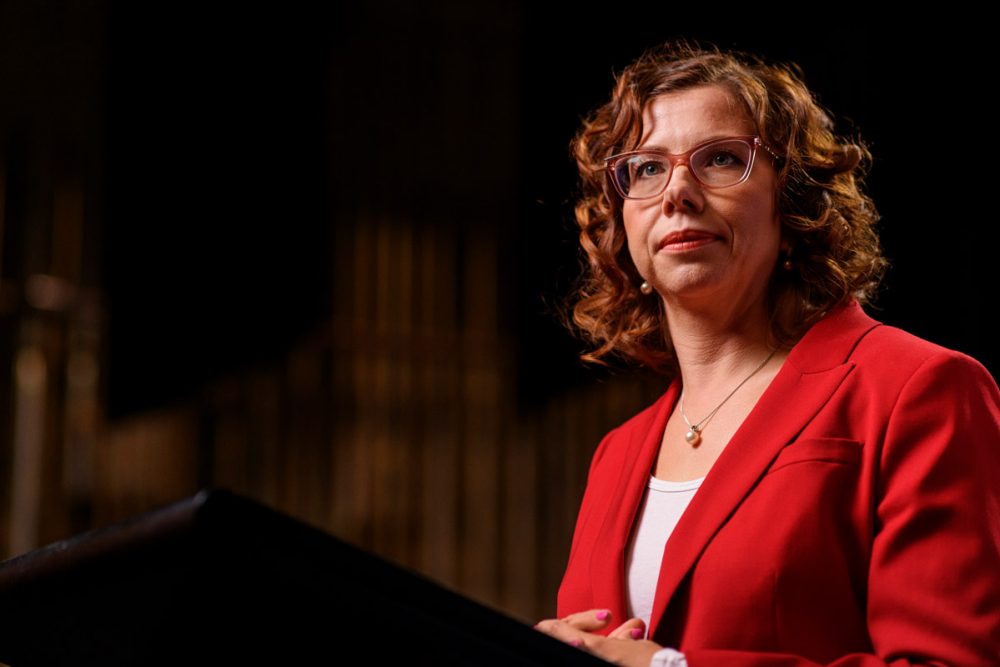